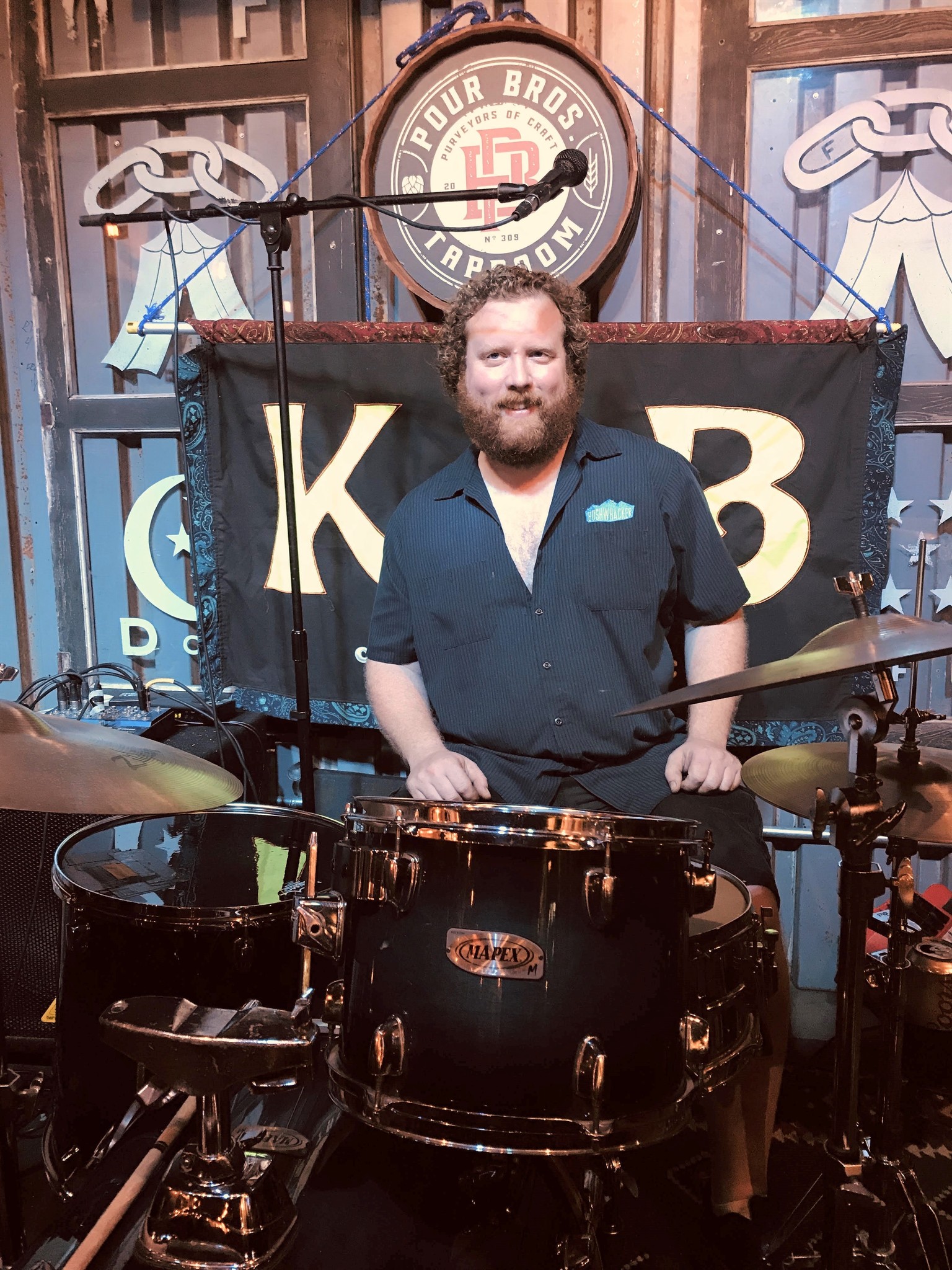 He loves bicycles. Loves cycling. Says the worst day here is better than the best day at any other job. And yet…

Aaron could do without all the internally routed brake and derailleur cables. Maybe because they take more time to replace. Or maybe it’s because when he looks at his Ibanez acoustic guitar he can’t think of a single guitar built with the strings on the inside. Not one.

Still he loves bikes. And he loves the guitar, the bass, the drums, the keyboard and singing as a member of The Easy Riders and Wood Brothers tribute act The Spirit. What do bike repair and music have in common? Discipline. To be the best you can, you have to be mindful all the time. And he’s never minded that. 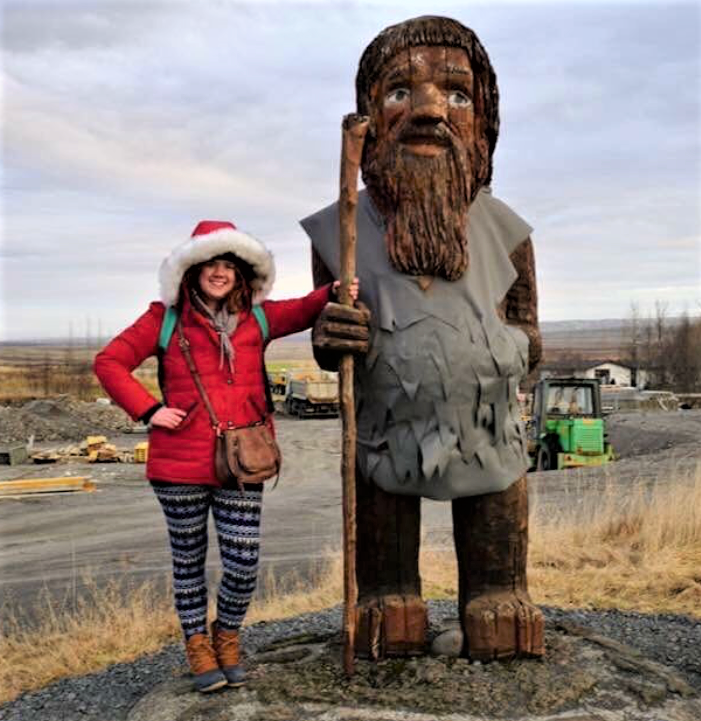 In 2017, Ashley and her husband pedaled 1,000 miles across Iceland in 10 days. Her takeaway from the journey? The weather’s not as bad as people make it out to be.

Bushwhacker is a good match for her bicycle shop experience as well as her interest in kayaks and canoes. During warmer weather she leads the Wednesday Night Ladies’ Ride, focusing on new riders and leaving no one behind. She studied political science at the University of Missouri and is currently pursuing a nursing degree at Peoria’s Methodist College.

Her favorite piece of clothing is a North Face Thermoball jacket because it’s warm, lightweight and packable. Especially in Iceland. 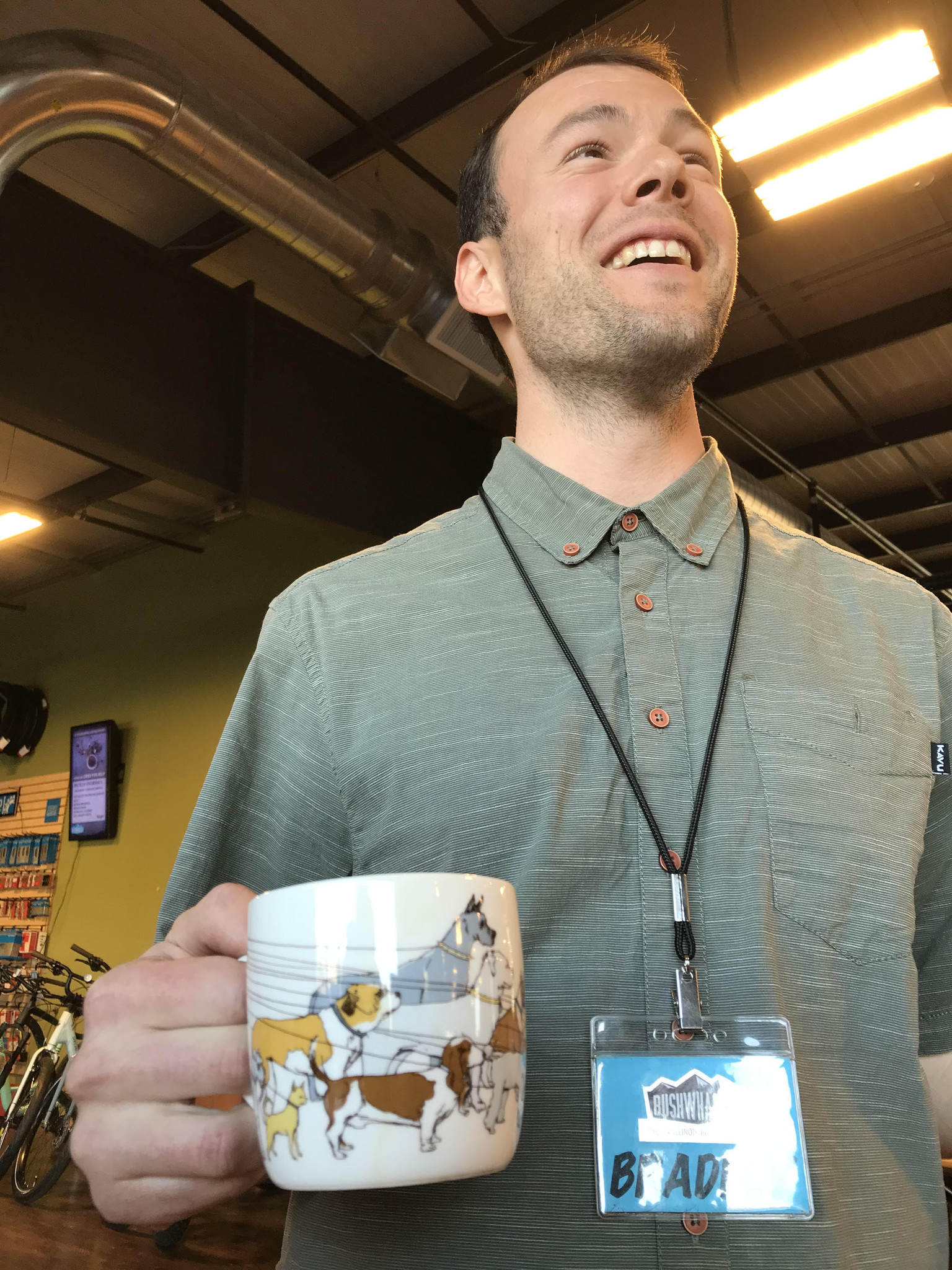 Coffee plays an increasingly important role at Bushwhacker. We drink a lot of it, and more than a few of us have served it, as well. Such is the case with Bradley, who continues to split his time between Starbucks and our store. He sees coffee customers at Bushwhacker, and Bushwhacker customers at the coffee shop, which only encourages him to find additional correlations between coffee and the outdoors.

He’s been around Peoria his entire life, if you don’t count a budget-challenged six months in Colorado. He’s interested in bicycles, because there’s so much to learn. He enjoys slacklining, because, come on, it’s slacklining. His outdoor career started when he walked his dog at Jubilee State Park. Then he started running the trail, learning to eat on the go to avoid the dreaded bonk.

His advice on coffee? Focus on quality, the ratio of coffee to water, and the grind setting. Above all, think fresh. You can’t just open a bag, and use the beans a month later. 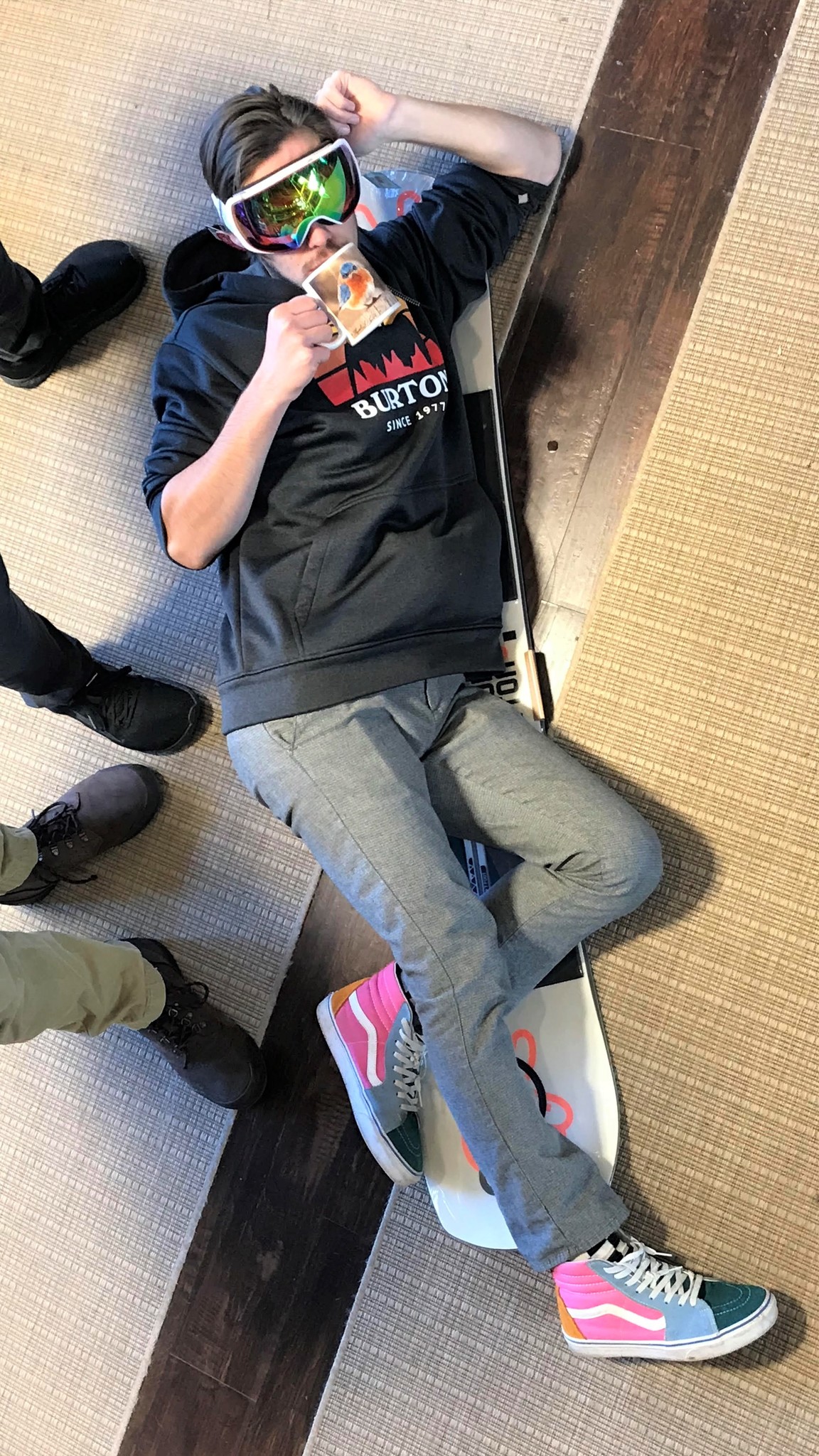 Favorite part of the store? For Clayton, it's the snowboards. He climbed onto his first board when he was twelve and enjoys the weekend camaraderie of like-minded friends in the snow.

If you’re an experienced boarder, Clayton is likely to show you the Burton Custom, a lightweight, versatile design. New to the snow? He might turn to the Burton Process with enough flex to be forgiving and enough rigidity to be responsive. Boots? Just remember they aren’t like regular shoes: They fit snug and your toes go in as far as they can without curling.

When he isn’t hitting the jumps and rails, Clayton pursues a side career as a photographer. He credits the arts program at Washington High School for getting him started. Best advice to photograph a snowboarder in action? Seek a unique perspective, higher or lower than eye level. 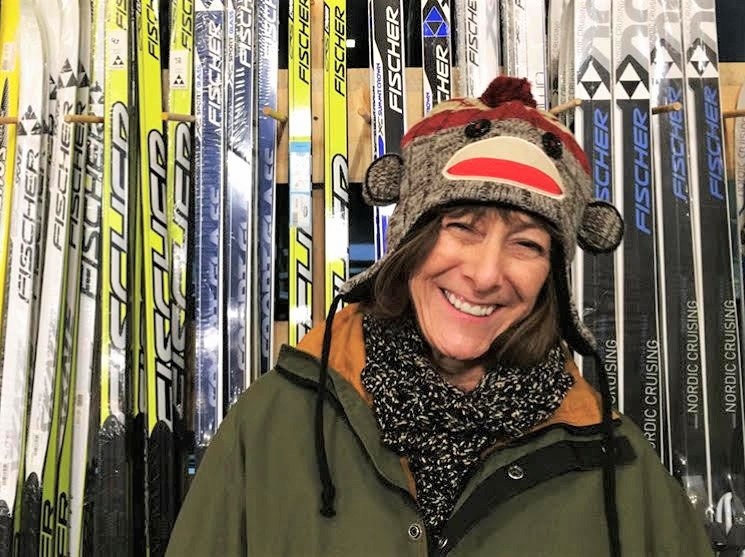 If there’s one thing that Bushwhacker workers have in common, it may be that they all started as customers. A graphic arts graduate of Illinois Central College, Deb sold printing services in Peoria, Champaign and Galesburg before becoming an outdoors insider.

She has always enjoyed hiking. Here’s why: No matter what the weather, you can hike. In the summer, you can even wear sandals. If you can’t run, you can do a hilly hike and get in a good workout. You can hike year-round. She also enjoys paddle boarding, finding it easier to get a board into her car than a kayak.

Deb likes the easy access to outdoor activities in and around Peoria and the kindred spirits--both customers and co-workers--she finds inside Bushwhacker. 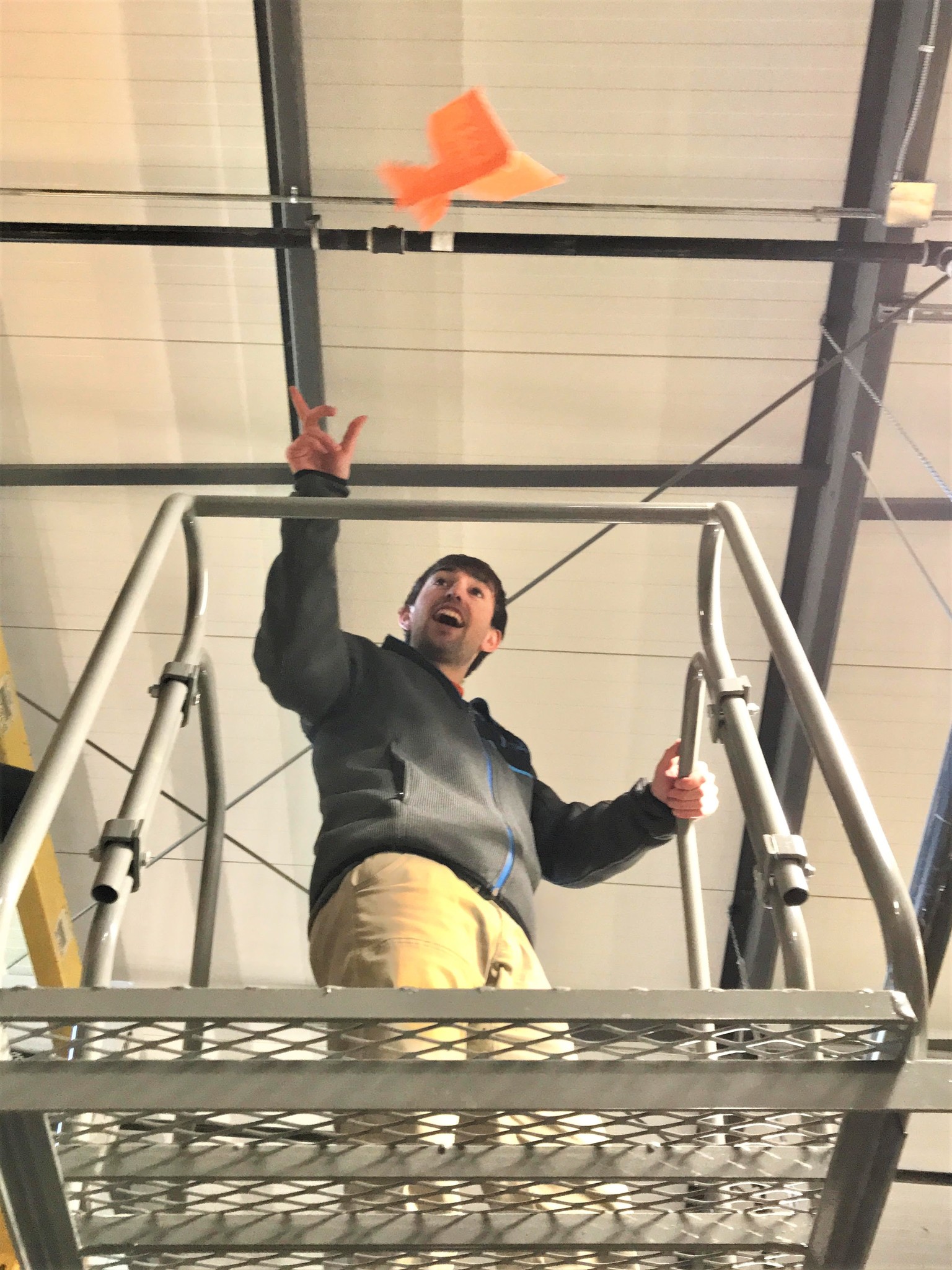 It’s all about altitude for Joe--both achieving it and leaving it behind.

Most of the achievement comes from eighteen ascents (and counting) of Colorado’s many 14,000-foot peaks with an Osprey Sirrus 24 pack on his back. He climbs more often in Illinois, but tops out at a modest 8,000 feet because that’s as far as his single-engine pilot’s license takes him. Next up: more engines or a much lighter license.

To rapidly shed altitude, Joe likes to point his all-carbon Specialized Stumpjumper downhill at places like Copper Mountain, Keystone and Aspen Snowmass. We think a heavier bike would do just as well, but then again, Joe is all about air. 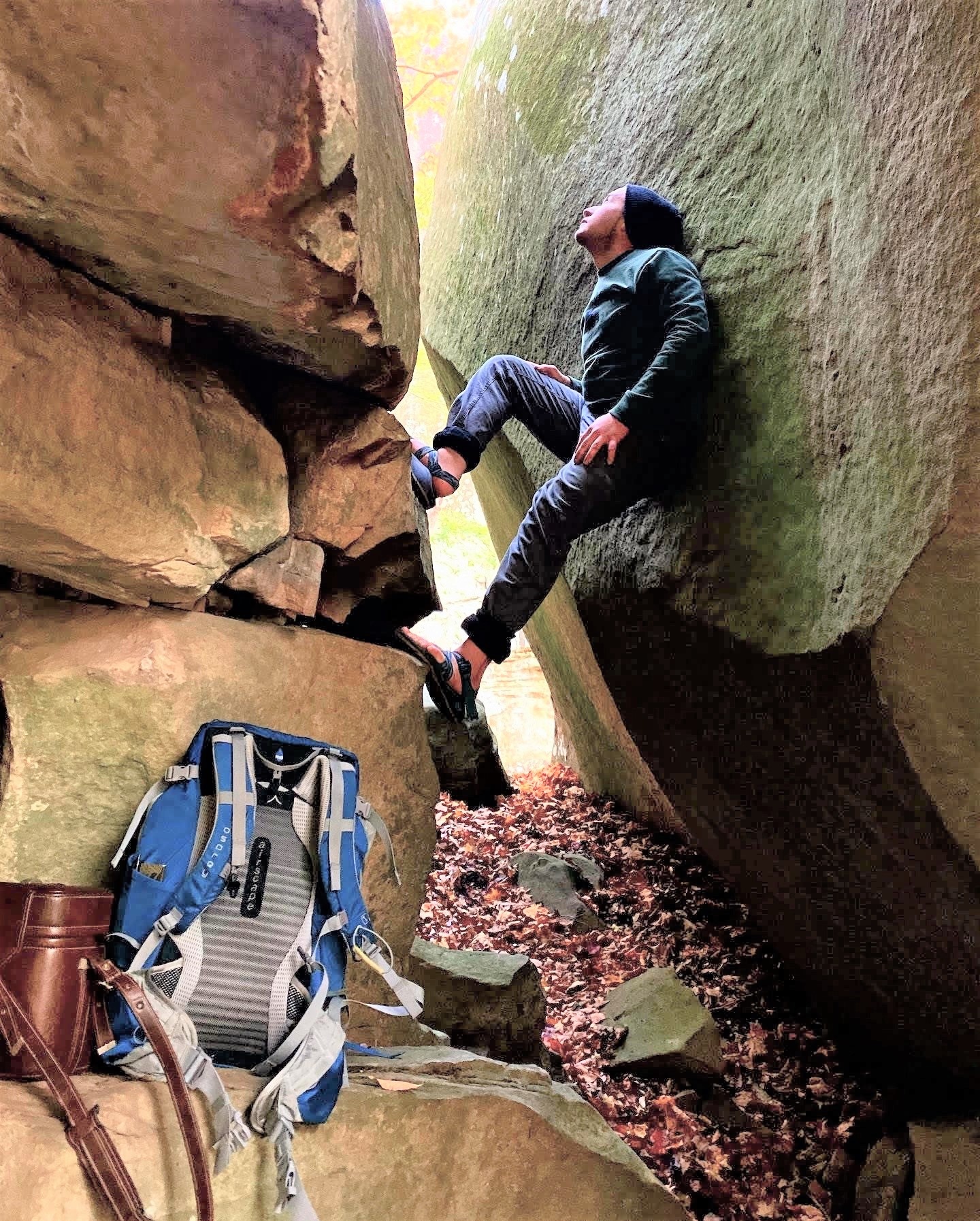 How did Mateo start riding a unicycle on Farmdale’s mountain bike trails? It has everything to do with preparation.

One day, as he always does, he carefully packed his car with everything he needed before heading out to Farmdale--everything but the mountain bike as it turned out. Bummer. But then he realized he had his unicycle in the car. Turns out one wheel was plenty.

When he’s not riding (or forgetting to pack) his sweet Specialized Camber 29er, he climbs and builds bikes during the summer, snowboards during the winter and often commutes on a longboard. He’ll try anything, so if anyone wants to introduce him to water skiing, he’s ready.